"One of the most spectacular journeys in recent American music." - The New York Times

"One of the most talented and imaginative artists working in music -- any music -- today." - The Los Angeles Times

A product of America's rich aural folk tradition as well as classical music, Mark O'Connor's creative journey began at the feet of a pair of musical giants. The first was the folk fiddler and innovator who created the modern era of American fiddling, Benny Thomasson; the second, French jazz violinist, considered one of the greatest improvisers in the history of the violin, Stephane Grappelli. Working with classical violin icons Isaac Stern, Itzhak Perlman, Yehudi Menhuin and Pinchas Zukerman, he absorbed knowledge and influence from the multitude of musical styles and genres he studied and participated in. With his body of work including 45 feature albums of mostly his own compositions, Mark O'Connor has melded and shaped these influences into a new American Classical music, and a vision of an entirely American school of string playing.

Mr. O'Connor's 2016 CD release with the O'Connor Band received a Grammy nomination for "Best Bluegrass Album" after spending nearly half of the year at the top of Billboard's bluegrass album chart. Forming the band with his wife Maggie, son Forrest, future daughter-in-law Kate as well as Joe Smart and Geoff Saunders, No Depression Magazine describes Mr. O'Connor's new project this way: "There are some albums that are so sonically gorgeous, they sound as if the music has arrived from another plane; the players are so connected to each other, weaving their own parts so tightly together, the sound encloses you in its warmth and beauty...Very few bands can achieve this sense of playing-as-one so completely, so effortlessly that the entire force of the music – the vocals and every instrument – settles into us physically and emotionally as we listen. But 'Coming Home', the debut album by the O'Connor Band – the family band led by Mark O'Connor – is one of those albums."

O'Connor's first recording for the Sony Classical record label, 'Appalachia Waltz', was a collaboration with Yo-Yo Ma and Edgar Meyer. The works Mr. O'Connor composed for the disc, including its title track, gained him worldwide recognition as a leading proponent of a new American musical idiom. The tremendously successful follow-up release, 'Appalachian Journey', received a Grammy Award in February 2001.

With more than 250 performances, his first full length orchestral score "Fiddle Concerto" has become the most-performed modern violin concerto composed in the last 50 years. It was recorded for the Warner Bros label in 1995. Mr. O'Connor's 2nd concerto "Fanfare for the Volunteer" was recorded with the London Philharmonic Orchestra under the baton of Steven Mercurio, released by Sony Classical in October 1999. The Newark Star Ledger notes: "As a composer, he understands the power of a thematic transfiguration and development throughout a 40-minute work."

In April 2000, Mr. O'Connor premiered his fourth violin concerto, "The American Seasons: Seasons of an American Life," at Troy Music Hall in Troy, N.Y.  According to the New York Times, "... if Dvorak had spent his American leisure time in Nashville instead of Spillville, Iowa, 'New World Symphony' would have sounded like this." The American Seasons was recorded with the Metamorphosen Chamber Orchestra and released in 2001. Richard Dyer of the Boston Globe called the work "concise, lyrical and irresistibly rhythmic." Wayne Gay of the Fort Worth Star-Telegram said, "The American Seasons is destined to rank among the greatest masterpieces of American music...the first musical masterpiece of the 21st century."

In August 2000, Mr. O'Connor's third concerto, "Double Violin Concerto," received its premiere along with Nadja Salerno-Sonnenberg as soloist and the Chicago Symphony, Christoph Eschenbach conducting. In November 2003, Mr. O'Connor and Ms. Salerno-Sonnenberg recorded the work with Marin Alsop conducting the Colorado Orchestra. Fanfare enthusiastically writes: "All aficionados of the violin and all listeners in general will pass up this recording at their peril. The very highest commendation."

In 2001, Mr. O'Connor released Hot Swing!, a tribute to his great friend and mentor, the legendary French jazz master, Stephane Grappelli. Released on his own OMAC label, the CD was recorded live with Frank Vignola on guitar and Jon Burr on bass. The Chicago Tribune called it "one of the finest discs of his career and one of the greatest jazz violin albums ever." O'Connor's "Jam Session" (4/13/10, OMAC), offers "dazzling" (Wall Street Journal) live acoustic recordings that combine bluegrass and gypsy jazz. Shore Fire Media describes it as being "comparable in its rhythmic intoxication and stratospheric solos with Charlie Parker/Dizzy Gillespie/Bud Powell/ Charles Mingus/ Max Roach 'Jazz at Massey Hall.' Perhaps no better jam recordings have been captured on acoustic string instruments in recent memory." "Jam Session" features, in turn, Chris Thile (mandolin), Frank Vignola (guitar), Bryan Sutton (guitar), Jon Burr (bass) and Byron House (bass).

The "Americana Symphony: Variations on Appalachia Waltz" was recorded by Marin Alsop and the Baltimore Symphony in 2009. David McGee of Barnesandnoble.com and Rolling Stone says "Americana Symphony" may well be regarded one day as one of this country's great gifts to the classical music canon, as well as being a pivotal moment in the rise of the new American classical music." The Associated Press reviewed Mr. O'Connor's Symphony as "a monumental work...inevitably will be compared to Copland."

Mr. O'Connor recorded his String Quartet No. 2 "Bluegrass" and String Quartet No. 3 "Old-Time". The quartets were recorded with chamber music greats Ida Kavafian, Paul Neubauer, and Matt Haimovitz and released in May, 2009. "The Improvised Violin Concerto" premiered in 2011 at Boston Symphony Hall and released the following year both on CD and DVD for OMAC Records is the first of its kind in violin history. Conductor of New York's Sympho says, "It's utterly groundbreaking…a concerto like this is totally unplayable by the vast majority of conservatory grads." Larry Livingston, Chair of Conducting at USC says, "he may have permanently changed the landscape for his magical instrument."

"An Appalachian Christmas" by Mr. O'Connor was released in 2010 to both critical and commercial success. The project is enjoying its 5th nation-wide tour in December, 2015 featuring an additional Christmas DVD release of the touring group "Christmas Tour Live." "All Christmas music should be played so elegantly on violin" - Boston Globe; "Elegant " - New York Times; "Heavenly" - Associated Press. In collaboration with his wife, violinist Maggie O'Connor, Mr. O'Connor has recently produced a CD of violin duos (OMAC-21) that he has arranged from American classics featured in the advanced books of the O'Connor Method™ Book series. Bartók-Pásztory Award-winning violinist and professor Péter Kováts writes; "[O'Connor's] unique and excellent settings will serve the same goal that Bartók's Duos serve."

As word of his considerable compositional talents has spread, Mark O'Connor's musical works have been embraced by a variety of performers. Yo-Yo Ma has recorded the solo cello adaptation of "Appalachia Waltz" and Renee Fleming has performed and recorded vocal arrangements of O'Connor's music, and a new Christmas song to come out on an upcoming Holiday release by Mr. O'Connor. "Strings and Threads Suite" a duet that Mr. O'Connor composed for violin and guitar for guitarist Sharon Isbin recording, won a Grammy Award for Best Classical Instrumental Performance. Mr. O'Connor performs with piano trio his "Poets and Prophets" composition, inspired by the music of Johnny Cash, often in a collaborative concert with Rosanne Cash, daughter of the legendary singer. The Eroica Trio commissioned the "Poets and Prophets" piano trio and in 2008 released it on the EMI Record label.  Dance troupes, including Twyla Tharp Dance Co., the New York City Ballet, Alvin Ailey and Hubbard Street Dance Chicago, are staging and choreographing Mr. O'Connor's lyrical American music, and O'Connor frequently collaborates with director Ken Burns for the sound tracks of his documentary films.

At age 13, he was the youngest person ever to win the Grand Master Fiddler Championships competing against all ages, amateur and professional. Forty years later, his record still stands. Mr. O'Connor is still the only person to ever win national titles (open to all ages) on fiddle, bluegrass guitar and mandolin (Weiser, ID; Winfield, Kansas; Kerrville, TX). Mr. O'Connor won a record breaking six Country Music Association Musician Of The Year Awards in a row in Nashville, TN. At age 17 Mr. O'Connor played guitar as a member of one of the greatest acoustic string bands of the 1970s, the David Grisman Quintet. At age 19 he played violin and guitar alongside Steve Morse as a member of one of the greatest rock-fusion instrumental bands of the 1980s, The Dregs. In his twenties he was a member of one of the greatest acoustic bands of all time with four of the greatest players on their respective instruments, Strength in Numbers (with Bela Fleck, Sam Bush, Jerry Douglas and Edgar Meyer). He also assembled two of the greatest Country bands of all time in 1989 and 1990 - The American Music Shop house band and New Nashville Cats. During his twenties, Mr. O'Connor became the most in demand session musician of any instrument and in any genre for a 3-year period, appearing on more top ten hits in the country, recording over 500 albums, and recording with everyone - Dolly Parton, James Taylor, Paul Simon, Randy Travis, The Judds, the list is too long to print.

Mr. O'Connor regularly conducts three-day residencies, giving lectures, demonstrations, and workshops at a variety of music programs around the country. Some of his recent hosts include The Juilliard School, Harvard University, Berklee College of Music, Cleveland Institute of Music, Rice University, University of Maryland, University Of Texas, Curtis Institute, Eastman School of Music, Tanglewood, and Aspen Summer Festival. Mr. O'Connor was Artist-in-Residence at UCLA from 2008-2009 and at University of Miami from 2010-2015. Mr. O'Connor was the founder and president of the internationally recognized Mark O'Connor String Camp, and now is directing the O'Connor Method™ Camp New York City.

The O'Connor Method™ for violin and strings has been widely praised since its debut in fall 2009 as "an American grown rival to the Suzuki method" (The New Yorker). It takes an American Classical approach to modern violin playing, offering a technical foundation using songs from the diverse range of traditional American string playing. The groundbreaking method is the first violin method to feature all American music and has been hailed by teachers from across the country as filling a significant gap in classical music education. It was inspired by the thousands of students O'Connor has taught at his string camps and at universities and conservatories across the country, and by his belief that the modern classical violin student who develops a working knowledge of folk fiddling, jazz music and world music styles can enjoy a lifetime of music-making, and be more successful in the new music environment. Three professional CDs have been released featuring music from the books, "American Classics," "America on Strings," and "MOC4." The O'Connor Method™ and its companion orchestra book series is now being taught to tens of thousands of students around the country and parts of the world. 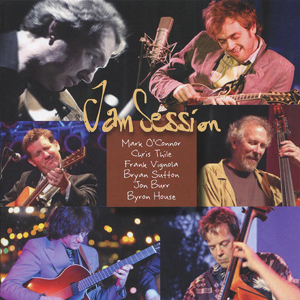