Journey to the New World 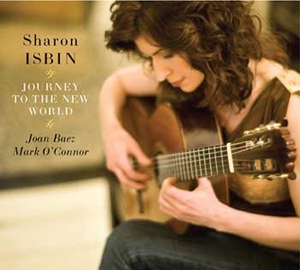 Recognized as "the pre-eminent guitarist of our time" The Boston Globe and "the Monet of the classical guitar" Atlanta Journal Constitution, Grammy Award-winning guitarist Sharon Isbin makes her Sony Masterworks debut with Journey to the New World. The extraordinary recording follows a musical progression from 16th century England, Ireland, and Scotland to the shores of America, with the music of the New World represented by Joan Baez, Isbin's first music hero, and violin virtuoso and composer Mark O'Connor.