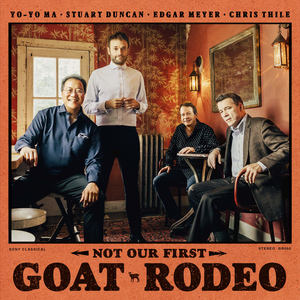 Sharing the story behind the track, Yo-Yo Ma recalls: "‘The Trappings' came out of a question of aesthetics. I believe Edgar was talking about pop music, how he used to think, ‘Oh, if something's too poppy, I'm not going to like it.' But that's like saying ‘classical music is boring,' or that jazz, rock, rhythm-and-blues are one way, or even ‘people from different countries are'... You know that as soon as you make a general statement like that, it's not true, because you can think of hundreds, thousands of exceptions. ‘The Trappings' is one of those."