The History of Classical Music in 24 Hours

Jazz and the Philharmonic

Jazz Roots | Music Of The Americas

Songs of the African Coast 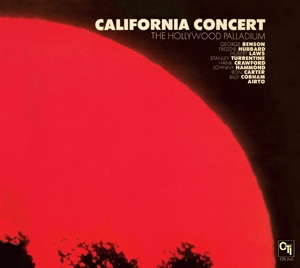 With CTI Records having gone independent in 1970, founder Creed Taylor celebrated the early success of the label with a one night only concert at the Hollywood Palladium on July 18, 1971. Taylor handpicked a dream team of CTI artists for California Concert: The Hollywood Palladium, with George Benson on guitar, Freddie Hubbard on trumpet, Hubert Laws on flute, Stanley Turrentine on tenor saxophone, Hank Crawford on alto saxophone, Johnny Hammond on organ and electric piano, Ron Carter on bass, Billy Cobham on drums and Airto Moreira on percussion. Californina Concert: The Hollywood Palladium is newly remastered from the original two-track analog tapes and is the most complete version of the legendary concert ever released. This 2-CD set doubles the content of the original five-song LP release with five additional tracks - three of them previously unreleased - and restores the original concert sequence for the first time.

Hopes and Dreams - The Lullaby Project

The Royal Wedding - The Official Album

A Day In The Life: Impressions of Pepper

The Passion of Charlie Parker

Shakespeare in Music and Words

The History of Classical Music in 24 Hours

Jazz and the Philharmonic

Jazz Roots | Music Of The Americas

Songs of the African Coast