"One of the most unique guitarist I have ever worked with" - Will Ackerman, Founder Windham Hill Records

A 2x Global Music awardee, Mosby's music is broadcast worldwide and has been nominated for numerous ZMR, Global Peace Song and One World Music awards.

His 13 year study of classical North Indian music with his neighbor and guru-ji Ustadt Imrat Khan led to the development of acoustic and electric versions of the Imratguitar, a hybrid sitar-guitar bridge instrument for crossing musical platforms and cultures.

He is the only guitarist ever admitted into the famed Imdad Khani Gharana of sitar musicians dating back 500 years to Tan-Sen and the Mogule courts. "The Imrat Guitar has allowed me develop a compositional style based on Classical North Indian raga and tradition bebop jazz."

Imrat Khan considers Mosby to be one of the few who have mastered the two great mountains of music; North Indian Raga music and Western music and is considered an excellent jazz guitarist by his peers and mentors Mike Stern and Gary Burton.

Todd Mosby is a seeker and learner who believes in the transformative power of music, exploring a life of creative purposefulness, sharing knowledge and innovations along the way-in all his pursuits, that's his missive.

Why not build an instrument? Why not be a guitar player and play Indian music? It was persistent curiosity and an unrelenting passion and drive to expand the creative process at all costs. "I needed to expand the limitations of the instrument in order to allow my concept to come thru. I compose music to share with others, musicians and audiences alike, so they might in turn express an emotional, heartfelt connection to their environment, personal well being and others."

Currently: Todd's second Open Waters is due for release in August 1, 2019. In Ackerman's words, "This is the best set of recordings I have done in decades."

A 2x Global Music awardee, Mosby's music is broadcast worldwide and has been nominated for numerous ZMR, Global Peace Song and One World Music awards and has made the Grammy ballots and is a Grammy voter.

As an MAAA Regional Touring Artist member and as a member of the Touring Performers In Missouri, funding is available for up to 50% of performance fees.

Mosby is eligible for funding up to 50% with three different music programs:

Will Ackerman The Gathering Four Guitars

Mosby's first Ackerman production On Eagle Mountain won many nominations, critical reviews and was broadcast worldwide. Open Waters, the second in a series of three is due to release August 1, 2019. 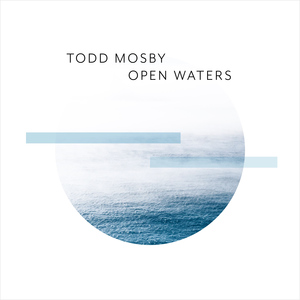 Produced by Windham Hill Records founder Will Ackerman, and with a sound described as "an album to daydream to", Open Waters finds Mosby once again embarking on a creative journey navigating through elements of Jazz, New Age, Folk and Indian music. Coming from a family of inventors (he is the co-inventor of the Imrat guitar along with Kim Schwartz and Imrat Khan), Mosby's early musical DNA was formed from his love of Bluegrass and Folk music, which eventually expanded into Fusion and Jazz.