Throughout the past 14 years, the band has appeared around the globe and has been featured on television shows including The Tonight Show, Live from Lincoln Center, and Dancing with the Stars as well as many entertainment programs on Univision and Telemundo. Since the group's formation in Miami 2001, its members have been on a mission to share their Afro-Caribbean heritage with as wide an audience as possible, reinterpreting and reinvigorating music born from the meeting of their musical origins with their new American experience.

"Dance Music of Sophistication and Abandon" – The New York Times

Newly signed in 2015 to Universal Music Latin Entertainment in partnership with Universal Music Classics, the group will release its new album Panamericano on June 30. Tiempo Libre premieres two singles from Panamericano on May 19: "Dime Que No" featuring guest artist Jean Rodriguez and "Somebody to Love Me" with Yunel Cruz.   Additional guest artists include Descemer Bueno, Frankie J, and Luis Fernando Borjas.

"So hot and danceable that even when you talk about the group,
you find yourself moving your hips"– Richmond Times Dispatch

Tiempo Libre's 2015-16 season finds the band promoting the new album in places as far afield as Beijing, China,on a two week tour of Spain, as well as on a week-long tour in the United Kingdom culminating with a performance at the London Jazz Festival. Highlights of their concerts in the U.S. include multiple performances in New York City's hottest new Latin club Subrosa, as well as concerts in Chicago and Los Angeles.  Later in the season they will travel back to New York City for a return appearance at New York's Metropolitan Museum of Art.

Tiempo Libre will perform live on stage every night during the five-week run of the new musical, Cuba Libre, which will receive its world premiere on October 10, 2015 at the Winningstad Theatre in Portland, Oregon. Driven by extraordinary dancing and exhilarating music,Cuba Libre isa contemporary musical based on the collective histories of the members of Tiempo Libre, featuring a book by playwright Carlos Lacámara, the band's own music, as well as a company of 21 actors, dancers and musicians.

Cuba Libreis directed by Artists Repertory Theatre's new Artistic Directer, Damaso Rodriguez.  The musicalisa bi-lingual theatre experience with the majority of the dialogue in English and the music largely in Spanish. Told in flashbacks from present-day Miami to 1999, the story follows a young man as he confronts the sacrifices he made in order to pursue the chance to achieve his artistic dreams in the U.S.


Fifteen years ago, Tiempo Libre's founder Jorge Gómez arrived in the U.S. and quickly earned a place as a pianist in the band of the legendary Cuban songstress Albita. Settling in Miami he reunited with childhood friends with whom he had studied for 13+ years at La ENA, Havana, Cuba's rigorous music conservatory.

The seven extraordinary musicians realized they shared a collective musical dream: to create the first authentic Afro-Caribbean band in the United States.  Their eagerness to share their music with others led them to come together in-between touring and recording with legends such as Gonzalo Rubalcaba, Paulito FG y Su Elite,to develop their new style, hence the name Tiempo Libre (Free Time).

Since their formation, the breadth of their audience has been extraordinary.  In Summer 2002 at their Ravinia Festival debut opening for Celia Cruz, Tiempo Libre dazzled the crowd of 12,000 people.  Quickly reengaged by Ravinia to share the bill with Aretha Franklin in Summer 2003, they performed before an enthusiastic crowd of 20,000, and the band has since returned to the Festival four times.  Summer 2003 included performances at the Heineken Jazz Festival in Hua Hin, Thailand where Tiempo Libre were the undeniable Festival sensation.  Return trips to Asia have included sold out shows at Hong Kong's Kwai Tsing Theatre and the Dewan Filharmonik Petronas in Kuala Lumpur, Malaysia, as well as concerts for the Java Jazz Festival in Jakarta, Indonesia, the Singapore Sun Fest and the Gwangju World Music Festival in South Korea.  The group has also performed at the Jerusalem Theater, the Tel Aviv Opera House, Istanbul's İş Sanat  Arts and Culture Center, Adelaide Festival Centre and Guatemala's Festival Internacional De Cultura Paiz.

2005 brought Tiempo Libre's European debut highlighted by the band wowing the sold-out house for the closing concert of the new Tuscan Sun Festival in Cortona, Italy. In 2011, the band performed at the Divino Tuscany Festival's closing ceremony, held at the Italian villa of Sting and Trudie Styler, who joyously danced to Tiempo Libre's music.  Tiempo Libre made its U.K. debut in summer 2014, with performances at London's prestigious Jazz Café and a stop at the Latitude Festival.

"The people in our audience are always a cultural mix. While our Spanish-speaking audience goes because they want to hear and feel Latin rhythms, we always have a lot of native English-speakers at our concerts.  They appreciate this culture, this rhythm."

Prior to signing with Universal Music Latin Entertainment, Sony Masterworks released the group's two previous recordings. My Secret Radio (2011) pays homage to Tiempo Libre's teenage years in Cuba, a time when the government forbade its citizens to listen to American music, and Russia pulled its support from the island.  Inspired by their Afro-Cuban tradition, but eager to catch the new trends and sounds coming from the U.S., Tiempo Libre's members would fashion homemade antennas to secretly listen at night to the music pulsating from Miami radio stations. These secret radio sessions fueled Tiempo Libre's dreams of living in America, free to perform their songs and build the careers they wanted, while helping them gather the strength that it took to leave it all behind – families, friends, a country, a life – to pursue those dreams. My Secret Radio, and the inspiring story behind it, has been featured on Fox News' Real American Stories, CNN en Español, PRI's The World, and in Mother Jones and People En Español.  Better TV captured Tiempo Libre pianist and musical director Jorge Gómez's emotional first time meeting with the members of Earth, Wind & Fire, when he recounted how inspiring their music was to him.

Tiempo Libre's first recording for Sony Masterworks, Bach in Havana (2009) was nominated for a Grammy award for "Best Tropical Latin Album" and features tracks with Paquito D'Rivera and Yosvany Terry.  The album, a fusion of Bach with Afro-Cuban rhythms, reflects the duality of Tiempo Libre's childhood days studying classical music and nights spent playing traditional Cuban music.  The album received airplay on more than 200 radio stations, and was selected as a best pick in new Latin music by The Miami Herald.  The group performed "Tu Conga Bach" from the CD on Dancing with the Stars.  In conjunction with the release of Bach in Havana, the family behind Bustelo Café – for the first time in 80 years – changed its Bustelo Café coffee can to feature Tiempo Libre with a free music download.

"A landmark recording in the sense that Miles Davis's Kind of Blue was approximately 50 years ago. Nothing short of miraculous!" ­­– Latin Jazz Network

Tiempo Libre released its debut album on the Shanachie label –Arroz con Mango (2005) – which was both a tribute to their Caribbean roots and a celebration of the members' new life in the U.S.  Arroz con Mango received tremendous attention in the press, including Latin Beat, Hispanic Magazine and NPR's Latino USA.  Fulfilling the meaning of its title (a Cuban slang expression meaning something completely out of the ordinary), the album was nominated for a 2006 Grammy Award in the category of "Best Salsa/Meringue Album."  One year later, the band released Lo Que Esperabas – What You've Been Waiting For.  And, once again, its title proved prophetic when the group was nominated for its second Grammy, this time for "Best Latin Tropical album."

Revered by artists outside the Latin music world, Tiempo Libre's musical director and pianist Jorge Gómezcreated a unique Cuban cha-cha-cha version of "Christmas Auld Lang Syne" sung by Gloria Estefan for Joshua Bell's 2013 holiday recording Musical Gifts from Joshua Bell and Friends.  Gómez performed the song with Bell and Estefan on The Queen Latifah Show. Tiempo Libre was tapped by Bell to perform Gómez's duet "Para Ti" on Bell's album At Home with Friends and the band performed the song with the violinist on the Live From Lincoln Center: Joshua Bell at Home with Friends PBS special, The Tonight Show with Conan O'Brien and WNYC's radio program Soundcheck.  In the fall of 2008, Tiempo Libre was hand-picked by legendary flutist Sir James Galway to bring its dynamic Afro-Cuban beat toGalway's albumO'Reilly Street, released by RCA Red Seal.  The album features an exciting Latin jazz arrangement of music from the Claude Bolling Jazz Suites including "Baroque and Blue", as well as a Caribbean take on Bach's "Badinerie" and a number of vibrant new compositions all by Tiempo Libre's musical director and pianist Jorge Gómez.  The result is rich in the traditions of multiple genres, authentic yet emotionally seductive, transcending the borders between classical, jazz and Afro-Caribbean music.

In 2012, The Cleveland Orchestra, under the leadership of conductor Giancarlo Guerrero, invited Tiempo Libre to participate in a bilingual educational family concert program during The Orchestra's annual residency at Miami's Arsht Center. The musical journey explored the DNA of orchestral musical tradition from its early origins in Africa, through Europe, to the Caribbean and Latin America to the modern day concert hall.  The Cleveland Orchestra and Tiempo Libre performed for thousands of Miami audience members of all ages and to over 4,000 Miami Dade public school students.  True to Tiempo Libre's philosophy that music is not just a way of life, it's a way of experiencing living, each of the concerts invited young people to take part in the rhythmic fun. 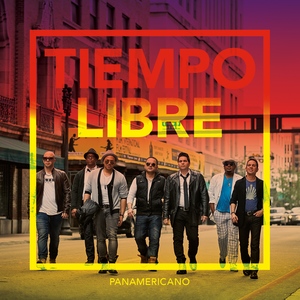 Three-time Grammy-nominated Afro-Caribbean group Tiempo Libre will release Panamericano, their first album for Universal Music Latin Entertainment in partnership with Universal Music Classics on June 30.  Tiempo Libre are seven classically-trained musicians internationally renown for their critically acclaimed, dance-inducing, Latin-fused music. "We have always written songs about our lives – both past and present.  But Panamericano is truly about Tiempo Libre today – living a culturally rich and fulfilling life, personally and musically, in Miami.  We are surrounded by people and influences from all over the US and Latin America who inspire us. And the featured artists on the album reflect that amazing diversity and inspiration.  This is possibly our most personal album yet – and to have it released by Universal Music Latin Entertainment is a dream come true," says band founder Jorge Gómez.