IF, AS SHAKESPEARE WROTE IN TWELFTH NIGHT, "…SOME ARE BORN GREAT, SOME ACHIEVE GREATNESS, AND SOME HAVE GREATNESS THRUST UPON THEM…"

Then, Theo Croker fits into two out of three of the Bard's categories. His talent is innate; he inherited a unique gift from his grandfather, the legendary trumpet player Doc Cheatham. But, Theo is also an achiever.

This is one young musician who is not afraid of greatness, or the hard work and dedication it takes to get there.

Theo Croker was born and raised in Leesburg, in central Florida, on July 18, 1985. Leesburg was not exactly a hotbed of music, and Theo wasn't exactly born with a horn in his hand. He first picked one up at the age of eleven, after a visit to New York City where he heard his grandfather play at Sweet Basil. (Doc Cheatham died the following year, at 92, in 1997.) Theo continued to listen to Doc's recordings. "He had a very appealing sound, the strength behind it was always a melody," Theo says.

"I would just sit in my room and play my trumpet for hours without knowing what I was doing. I would slowly teach myself new notes and play along with recordings of my grandfather and other greats. I noticed the I could fit in with what I was hearing harmonically."

It was at a memorial service for his grandfather when he had his first chance to perform for jazz-savvy audience. "I was only twelve years old, but the way the music touched people and the way it made me feel was enough to set me for life. I knew it was what I wanted to do."

At sixteen, Theo moved, on his own, to Jacksonville, Florida so he could attend The Douglas Anderson School of the Arts. It didn't take long before people noticed his talent. In 2004, Theo became the first artist in residence at the Ritz Theatre (a former black movie house transformed into a museum with a performance space). There he was commissioned to compose original works for the three separate groups: a seventeen-piece band and Septet he led, as well as an eighty-member choir (The Ritz Voices).

After high school, Theo had his pick of the country's finest music schools, but the great Donald Byrd, the multi-Grammy Award winning composer and recording artist, was like a magnet that pulled him to the Oberlin Conservatory in Oberlin, Ohio. "My father died when I was eighteen, and he was a huge Donald Byrd fan. I remember seeing and hearing his records when I was young." Other Jazz legends like Gary Bartz, Robin Eubanks, Billy Hart, Wednell Logan, Marcus Belgrave, and Dan Wall also taught at Oberlin.

"I didn't want to study with teachers once I knew I could study with actual players, active Jazz legends. That made the call for me," Theo says.

After graduating from Oberlin in 2007, Theo began his postgraduate education, hanging out and playing with older musicians like Benny Powell, Jimmy and Tootie Heath, Billy Hart, and Marcus Belgrave. They taught me how to live my life. Things not to do that they did, and things to do that they didn't."

Theo resists musical categories, a concept driven into him by his conservatory education. As deeply immersed in jazz as he is, Theo also writes and produces hip-hop, rap, and film scores, along with contemporary classical music, and other forms. So many of the greats have influenced him: Louis Armstrong, Doc Cheatham, Roy Eldridge, Dizzy Gillespie, Clifford Brown, Donald Byrd, Freddie Hubbard, Booker Little, Miles Davis, Chet Baker, and Marcus Belgrave, as well as contemporaries like Wynton Marsalis, Roy Hargrove, Nicholas Payton, Terrence Blanchard. Composers like John Coltrane, Wayne Shorter, Duke Ellington, Sonny Rollins, and too many others to name. Other strong influences come from hip hop & R&B: Stevie Wonder, Digable Planets, Outkast, Quincy Jones, Pharell, and many, many others. All of Theo's heroes live (or lived) their lives for the music.

Theo received the Presser Music Foundation Award in the spring of 2006. He used the grant money to record his first album, The Fundamentals, in New York City with his band The Theo Croker Sextet. The band's members are all in their early twenties and each is as impressive as the next; they define the ambitious and highly-skilled lions of their generation. The Fundamentals includes ten tunes, all composed and arranged by Theo. It can currently be heard playing all over the world, in places such as Australia, The Netherlands, London, Quebec, New Zealand, Italy, Switzerland, Greece, Ukraine, Germany, Portugal, Scotland, France, Poland, Columbia, Turkey, and the Central Republic of Africa.

The response has been incredible. Donald Byrd praises Theo's musicianship: "There are good, great and nice musical players, but then there are phenomenal instrumentalist such as Theo. I would place Theo in a class of musicians who will redirect the flow, change and alter the current of today's New Jazz. Theo has the ability and the intelligence to challenge the direction of Nu Music. Theo is one of today's titans. He is a Sankofa".

Marcus Belgrave wrote: "Theo Croker is one of the most promising and creative trumpeters on the horizon today and is also one of the most energetic artists I have ever encountered."

Wynton Marsalis said: "He has the tools, the intelligence, the ability and the talents. The future looks bright for Croker."

The legendary Jazz critic Nat Hentoff wrote: I first got to know 23-year-old Theo Croker after he returned from a gig in China (Shanghai's House of Blues and Jazz) and he was so impressive. On first hearing his trumpet on the immediately distinctive recording, I was struck by his "signature sounds" - personal and indeed "in the tradition," but also contributing to its future. His is a voice speaking directly to the listener, and his avoidance of showboating technique reminded me of what Count Basie once said to Buck Clayton: ‘I'd give a thousand dollars to find a trumpet player who doesn't play so many notes.' Furthermore, listening to Theo on ballads, it was at first hard to believe someone so young was able to sound as if he'd had extensive experience with affairs of the heart, gaining and losing love."

Today, Theo lives and plays in Shanghai, China, where from September 2007 through April 2013 his Quartet held residency at the "The House of Blues and Jazz." In March 2008 the Theo Croker Quartet released In The Tradition, on Arbors Records, featuring Albert "Tootie" Heath on Drums, Sullivan Fortner on Piano, Joe Sanders on Bass and special guest Al Grey on trombone. 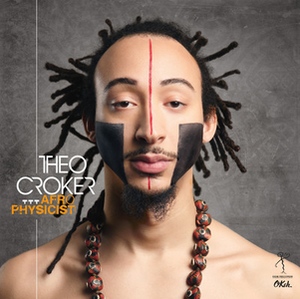