The Bad Plus: Bio

The Bad Plus came together at the end of the 20th century and has avoided easy categorization ever since, winning critical hosannas and a legion of fans worldwide with their creativity, unique sound and flair for live performance. The intensely collaborative trio has constantly searched for rules to break and boundaries to cross, bridging genres and techniques while exploring the infinite possibilities of three exceptional musicians working in perfect sync.

The band consists of founding members Reid Anderson (bass) and Dave King (drums) and new member Orrin Evans (piano) - a group of passionate collaborators with no single "leader." Never Stop II is the first full-length release from this lineup, comprised entirely of original music with each member contributing fresh compositions. The New York Times calls it "an exhilarating document" that sparks an exciting new chapter for the iconic group. 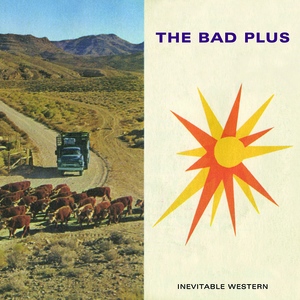 The Bad Plus - bassist Reid Anderson, pianist EthanIverson, and drummer David King - release their tenth studio recording, Inevitable Western, is comprised entirely of originals and continues the band's committed belief in what Nate Chinen of The New York Times dubbed ‘avant-garde populism' - the idea that serious music can be as engaging and accessible as it is forward-thinking and provocative. Inevitable Western sees the group exploring the same set of aesthetic principles that fired their inception: an exploration of myriad musical forms born of jazz and advanced using any sonic source that forwards music that is uniquely The Bad Plus. The spark continues on tracks like Anderson's lyrical "Do It Again" and the post-rock twists and turns of King's "Gold Prisms Incorporated." This is an album where pop, blues and folk meld with classic melodies and rhythmic innovation into that rarest of hybrids: intelligent music for themasses.

Crossover Media Projects with: The Bad Plus

The Rite of Spring