The Chronicles of Narnia: Voyage of Dawn Treader 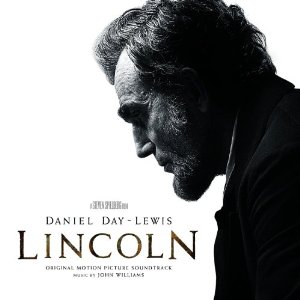 Sony Music is pleased to announce the release of the Original Motion Picture Soundtrack of Lincoln, a magnificent new score written by John Williams, the doyen of Hollywood composers, for a major new film by Steven Spielberg. Spielberg directs two-time Academy Award winner Daniel Day-Lewis in a revealing drama that focuses on the 16th President's tumultuous final months in office. In a nation divided by war and the strong winds of change, Lincoln pursues a course of action designed to end the war, unite the country and abolish slavery. With the moral courage and fierce determination to succeed, his choices during this critical moment will change the fate of generations to come.

Valley of the Boom

The Book of Love

The Space Between Us

War For The Planet Of The Apes

Thank You For Your Service

Murder on the Orient Express

Professor Marston And The Wonder Women

Call Me By Your Name

The Girl On The Train

The Edge of Seventeen

Mozart In The Jungle - Season 3

HE NAMED ME MALALA

The Lady in the Van

The Chronicles of Narnia: Voyage of Dawn Treader