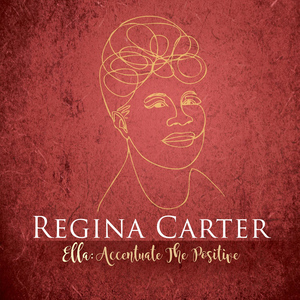 A hundred years after her birth, the ever-eloquent Ella Fitzgerald continues to teach us lessons.  Regina Carter has chosen this moment to celebrate the First Lady of Song's infectious and inclusive artistry with unabashed joy.  "Accentuate the Positive, I thought was the perfect title considering the mood of the country and the world right now," Ms. Carter says.  "We need some positive vibes." Ella:  Accentuate the Positive, out April 21 from Okeh/Sony Music Masterworks