As a teen, Mosley was selected to play bass for the 1996 Grammy All-American High School Jazz Band & Choir, and was acclaimed as a "technical virtuoso" by Los Angeles Times jazz critic, Don Heckman. He received his classical training at the Colburn School of Music in Los Angeles, had numerous years of study with jazz bass legends John Clayton, Ray Brown, and Al McKibbon, and received his undergraduate degree in music at UCLA. Since then Mosley has greatly expanded his repertoire, mastering the bass and a vast array of instruments, deftly blending Jazz with Rock, Pop, Funk, and R&B. Mosley has successfully combined bow work, effects, and ‘in-your-face' dexterity to give his instrument his own signature sound.

The last few years have been the busiest of Mosley's career. He has been featured in Bass Player Magazine, (US, Brazil and Japan), Bass Gear Magazine, and Player Magazine, Japan. He recently c0-designed his signature line of upright basses for BLAST CULT, and will have a signature pick-up released in 2016. He has recorded, toured and collaborated with artists including A n d r a D a y , Christina Aguilera, Jason Mraz, Chris Cornell, Lauryn Hill, Mos Def and Avenged Sevenfold. He co-produced, composed, arranged and performed on actor Terrence Howard's debut CD ‘Shine through It'. He appeared on the Grammy Awards telecast with the Gnarls Barkley Orchestra, at the Greek Theater with Jeff Beck, at the Staples Center with Rihanna, and headlined at The Alex Theatre with the Glendale Pops Orchestra. He accompanied singer Jonathan Davis of rock group Korn through North America and Europe, where he pulled double duty as the opening performer and as Davis' solo band bassist. He opened for NAS at Capcom's Resident Evil 6 Launch party. He recorded three tracks on Kendrick Lamar's Grammy-winning album ‘To Pimp A Butterfly'; and is the upright bass player for long-time band-member Kamasi Washington's ‘The Epic' triple CD release, charting at #1 on the ITunes Jazz album charts, # 25 on the Billboard charts; and was named one of Rolling Stone's and Pitchfork's "best albums of 2015". Mosley's single "Abraham" was named one of NPR's ‘favorite songs of 2016 so far', and he was featured as one of Vanity Fair's Rising Stars. His new album ‘UPRISING' will be released in 2017.

In addition to performing and producing, Mosley is an accomplished composer, scoring for Film, TV and Video Games. His compositions have been used by numerous entertainment companies including DreamWorks, Warner Brothers, The Weinstein Company, Capcom and Activision. His original composition was featured on Disney' s "The Muppets" movie trailer, listed as one of MTV's Top 10 trailers of 2012, receiving a 2012 Golden Trailer Nomination for Best Music and a 2012 Key Art Award win for Best Music. Mosley's score for Island Creek Picture's (no dialogue) short "Me and Her" was an official entry for the 2014 Sundance Film Festival. He was commissioned to compose for the Elisa Monte Dance Company (NY). Miles recently completed the original score for "Halfway", an upcoming feature film starring Quinton Aaron (The Blind Side).

Mosley is a founding member and upright bass player for the acclaimed Los Angeles- based group, the West Coast Get Down (WCGD), a collaborative group of musicians born and raised in Los Angeles. Apart, they are some of the most sought after musicians in the world; together they are uninhibited innovators moving effortlessly through multiple genres of music. The WCGD embarked on a sold-out world tour in 2015, which will continue through 2016. Mosley also has a new duo project, BFI with drummer/producer Tony Austin. 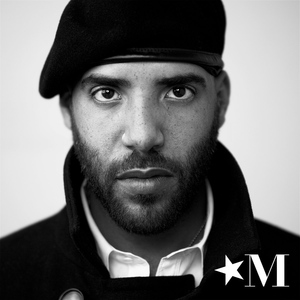 Mosley's debut solo album UPRISING features his genre-defying and otherworldly core six-piece band The West Coast Get Down collective, and is available on Verve digitally NOW. The album will be available on CD on May 19th and on vinyl July 14th. Released on April 7th UPRISING has garnered praise from critics and fans alike. Entertainment Weekly called UPRISINGone of "13 new releases you need to hear now," while the first single "Abraham" was named one of NPR's ‘Top 100 songs of 2016." Having debuted at #4 on Billboard's Contemporary Jazz Chart and also reaching #2 on the iTunes Jazz Album Chart, UPRISING showcases the dynamic range of genres and expression that encapsulates Mosley's magnetic force that defies categorization.