Michael Shapiro's works have been performed throughout the United States, Canada, and Europe-with broadcasts of premieres on National Public Radio, the Canadian Broadcasting Corporation, the Israel Broadcasting Authority, Sender Freies Berlin, WQXR, and WCBS-TV. His music, which spans across all media, has been characterized in a New York Times review as "possessing a rare melodic gift." His oeuvre includes more than 100 works for solo voice, piano, chamber ensembles, chorus, orchestra, as well as for opera, film, and television, with recordings on Naxos and Paumanok Records.

Michael Shapiro guest conducts internationally and is Laureate Conductor of The Chappaqua Orchestra in New York's Westchester County, which he conducted for the world premiere of his score for the classic 1931 film Frankenstein (directed by James Whale and starring Boris Karloff and Colin Clive) (since its premiere the work has received over 40 productions internationally), as well as for the world premiere of his own orchestral work, Roller Coaster, which received its West Coast premiere under the baton of Marin Alsop at the Cabrillo Festival of Contemporary Music while Shapiro was a composer in residence. He served for two years as the music consultant to the United States Holocaust Memorial Museum in Washington, D.C., where he produced and performed music by a number of composers who were either murdered by the Germans and their collaborators or had survived as refugees from the Third Reich. He has also been the assistant conductor at the Zurich Opera Studio.

The son of a Klezmer band clarinetist, Michael Shapiro was born in Brooklyn, New York, and spent most of his high school years in Baldwin, a Long Island suburb, where he was a music student of Consuelo Elsa Clark, William Zurcher, and Rudolf Bosakowski. The winner of several piano competitions during his youth, he earned his B.A. at Columbia College, Columbia University, where he majored in English literature and concentrated in music, benefiting most-according to his own assessment-from some of the department's stellar musicology faculty, which, at that time, included such international luminaries as Paul Henry Lang, Denis Stevens, Joel Newman, and others. He studied conducting independently with Carl Bamberger at the Mannes College of Music in New York and later with Harold Farberman at Bard College. At The Juilliard School, where he earned his master's degree, he studied solf?ge and score reading with the renowned Mme. Ren?e Longy-known to generations of Juilliard students as "the infamous madame of dictation" for her rigorous demands and classic pedagogic methods-and composition with Vincent Persichetti. His most influential composition teacher, however, was Elie Siegmeister, with whom Shapiro studied privately. 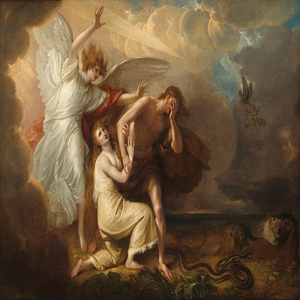 Michael Shapiro breathes new life into the famous Toccata from the Fifth Organ Symphony by Victorian French composer Charles-Marie Widor with this arrangement for full orchestra named Widorama! played by the BBC National Orchestra of Wales conducted by the composer. Shapiro's arrangement of the famous Toccata, frequently used by organists for weddings and church services, brings the work into the concert hall in highly dramatic fashion.

‘Archangel Concerto for Piano and Orchestra' features pianist Steven Beck (New York Philharmonic, Brooklyn Knights). The Concerto is probably the most programmatic piece of music Michael Shapiro has ever written.  Archangel is in two books or movements. Book One depicts the war between the forces of good and evil set forth in John Milton's Paradise Lost. Book Two portrays Adam and Eve (and the Serpent) in Eden and their being cast out into the world we all live.  Archangel is therefore about the most basic and terrifying truth, the fight between good and evil raging to this day.

‘Perlimplinito, Opera Sweet, A Lace Paper Valentine for Orchestra' contains the entr'acte music from Shapiro's first opera, based on the play by Federico Garcia Lorca. The fantastical story of an old man who falls tragically in love with a beautiful young woman who cuckolds him on their wedding night with the five races of the earth, the music of Perlimplinito is emotional, visceral, and beautifully lyrical. A perfect piece for Valentine's Day!

‘Roller Coaster for Orchestra,' is a five-minute wild ride. Premiered at the Cabrillo Festival in California by conductor Marin Alsop, the piece is a musical representation of the Coney Island (Brooklyn NY) Cyclone amusement park ride and a metaphor for life's ups and downs.