Leonard Bernstein was part performer (his earliest aspirations were as a pianist), part composer, part conductor, part lecturer and author, and part teacher. An 11-time Emmy Award winner, his Young People's Concerts with the Philharmonic spanned over 14 seasons. His debut on November 14, 1943 is the stuff of legend - the virtually unknown New York Philharmonic Assistant Conductor stepping onto the Carnegie Hall podium to conduct a live radio broadcast in place of the ailing guest conductor, Bruno Walter, on a few hours' notice.

Bernstein's association with the Philharmonic spanned 47 years, 1244 concerts, and 200-plus recordings. In a program after his death, the Orchestra remembered America's best known classical musician: "His 11 years as our Music Director [1958-1969] and 21 years as our Laureate Conductor were periods of brilliance in the Orchestra's history. Mr. Bernstein will be remembered for his genius, his leadership, his humanitarianism, his ability to transmit his love of music to young and old, his dedication to our Orchestra, his service to young musicians, and his unforgettable, ebullient and caring personality. We are grateful for his legacy." It is only one indication of the love its current players - at least one of whom played in that 1943 concert - bear Lenny that the Philharmonic will occasionally play one of his works without a conductor.

Bernstein was also closely linked to the Vienna Philharmonic; the Israel Philharmonic, the London Symphony Orchestra, and Rome's Santa Cecilia Academy. He conducted at the Metropolitan Opera, La Scala, and the Vienna State Opera, taught at Brandeis University, and headed the conducting faculty at the Berkshire Music Center.

The Best of Bernstein 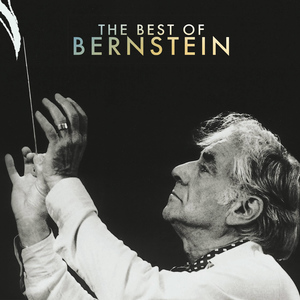 Leonard Bernstein unquestionably was one of the most astonishing and magnetic personalities in the world of music. He bestrode the musical scene in the second half of the 20th century like few others: composer, conductor, pianist, educator; but it was as a great communicator – of music and through music – that every facet of his life and legacy is bound together. He was a Renaissance man, a multifaceted genius, but it was his career as a composer that meant the very most to him.

Deutsche Grammophon joins the Bernstein centennial celebrations with a range of offerings including box sets, LPs and new recordings.

The Best of Bernstein is a 3-CD compilation featuring some of Bernstein's very best recordings for Deutsche Grammophon. This album is only available to classical radio stations at an exclusive rate to support fund drives and even includes a special note of thanks to listeners and donors for their support. The album is programmed as a celebration of Bernstein's work as both a composer and conductor and features excerpts from Candide and West Side Story as well as ever-popular works by Beethoven, Brahms, Debussy, Gershwin, Mozart, Shostakovich, Stravinsky and others.

The Best of Bernstein