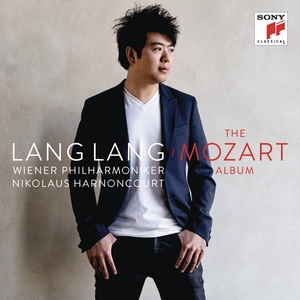 Sony Classical is delighted to announce Lang Lang's first albumentirely devoted to the music of Wolfgang Amadeus Mozartavailable September 30. World renowned pianist, Lang Lang, will be joined by the legendary Nikolaus Harnoncourt and the Vienna Philharmonic Orchestra. Harnoncourt is famous for his ability to match deep knowledge of 17th and 18th century musical language with an interpretative mind of outstanding originality.