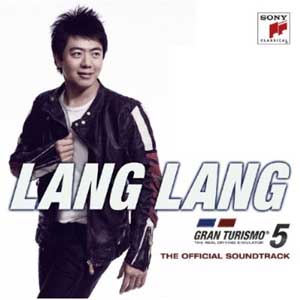 Internationally renowned pianist Lang Lang records the soundtrack for Sony Playstation's blockbuster video game Gran Turismo 5 which is in stores now. Sony Classical releases the soundtrack which features famous piano works by Chopin, J.S. Bach, Tchaikovsky, Prokofiev, Joplin, Holst and Beethoven throughout various parts of the game. Prokofiev's Precipitato appears prominently in its entirety in the first half of the opening sequence of Gran Turismo 5.