Igor Levit has established himself as "one of the essential artists of his generation" (The New Yok Times). The press attests to his performing with a "wealth of meaning without artifice" (Washington Post) leaving the listener "speechless with amazement and admiration" (The Telegraph). In January 2018, Igor Levit was named the Gilmore Artist 2018, and in May 2018, he was named "Instrumentalist of the Year" at the 2018 Royal Philharmonic Society Music Awards. Born in Nizhni Nowgorod in 1987, Igor Levit at age eight moved with his family to Germany. He completed his piano studies at Hannover Academy of Music, Theatre and Media in 2009 with the highest academic and performance scores in the history of the institute. Igor Levit has studied under the tutelage of Karl-Heinz Kämmerling, Matti Raekallio, Bernd Goetze, Lajos Rovatkay and Hans Leygraf. As the youngest participant in 2005 Arthur Rubinstein Competition in Tel Aviv, Igor Levit won the Silver Prize, as well as the Prize for Best Performer of Chamber Music, the Audience Favorite Prize and the Prize for Best Performer of Contemporary Music. In Berlin, where he makes his home, Igor Levit is playing on a Steinway D Grand Piano kindly given to him by the Trustees of Independent Opera at Sadler's Wells. 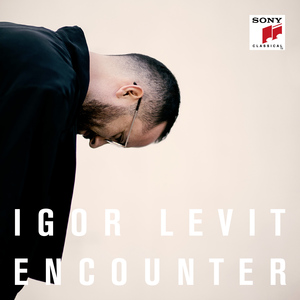 A very personal double album marked by a desire for encounter and togetherness. The program includes rarely played arrangements of Bach and Brahms by Ferruccio Busoni and Max Reger, as well as Palais de Mari – Morton Feldman's final work for piano.

Longing and its fulfilment at the same time: Igor Levit's new double album "Encounter" is the pianist's sixth disc released on the Sony Classical label and conveys the urgent desire for encounter and human togetherness – at a time when isolation is the order of the day. The result is a very personal recital. While speaking touchingly of the hardships and unexpected feelings of liberty resulting from social distancing, musically the recital stands out for the objective spirit of its carefully crafted form.