In the fourteen years since its 2005 debut, global musical sensation Celtic Woman has emerged as  a genuine artistic phenomenon representing Irish music and culture all over the world.  The group's albums and DVD releases have been consistent multi-platinum best-sellers, and its concert tours continue to touch the hearts of a devoted audience that spans the globe. Both an accomplished recording ensemble and a world-class performing collective, Celtic Woman celebrates Ireland's rich musical and cultural heritage, while continuing its remarkable legacy of introducing some of Ireland's most talented singers and musicians onto the world stage.

Celtic Woman's fresh fusion of traditional Irish music alongside contemporary songcraft celebrates Ireland's ancient history while reflecting the vibrant spirit of modern Ireland.  The group's repertoire encompasses Irish classics, contemporary songs, classical favorites and stirring originals.  The lineup of performers has evolved in the years since the group's inception, but the signature sound of Celtic Woman has remained consistent, showcasing the members' individual and collaborative talents.

Celtic Woman has sold more than ten million CDs and DVDs, making it the only all-female act to achieve multi-platinum success in the classical crossover and world music genres during the past decade.  Named Billboard's #1 World Music Artist of the Year six times and have regularly featured at #1 on Billboard's World Album chart.  Celtic Woman has also scored two Top 10 debuts on Billboard's influential album chart and five Top Five DVDs on Billboard's Top Video chart, as well as achieving platinum-level sales in nine countries.

Celtic Woman continues to perform its sonically and visually stunning concerts in front of capacity crowds around the world, having racked up cumulative ticket sales of over four million and performing for adoring crowds in 23 countries on six continents.

Named Celtic Woman to represent the essence of a Celtic female performer, the group made its American television debut in early 2005 with its self-titled first PBS concert special, which captured a sold-out performance at the Helix in Dublin.  Immediately thereafter, Celtic Woman's eponymous debut CD reached #1 on Billboard's World Music Chart and occupied the top slot for an unprecedented 81 weeks.  It remained there until the release of Celtic Woman's second album, 2006's A Christmas Celebration, which cemented Celtic Woman's spot at the top for a total of 112 consecutive weeks.

Although initially intended as a one-time-only event, Celtic Woman's music was so warmly received by the public that the group immediately followed with its first concert tour in the United States.  Since then, the group has maintained a strong presence on U.S. public television, where its Emmy-nominated concert specials regularly dominate the audience-supported network's viewer pledge drives.

Celtic Woman has performed for three U.S. Presidents and appeared twice at the White House, including the 2009 National Christmas Tree Lighting.  The group was seen by 23 million viewers when it performed on ABC-TV's Dancing with the Stars, and gained considerable attention for its appearances in multiple episodes of the daytime drama The Bold and the Beautiful, as well appearing on numerous other television shows in the U.S. and internationally.

After closing 2016 with their sixth annual Home for Christmas Symphony Tour, Celtic Woman returned to North America for a 90 date tour of their Voices of Angels live show in the summer of 2017. The tour culminated with a wonderful show at home in Ireland in September 2017, which was recorded for PBS, as well as a CD and DVD release, entitled Homecoming - Live in Ireland, released in January 2018. Celtic Woman returned to North America performing in over 90 cities from March through to the end of June 2018, as part of the Homecoming Tour. Homecoming – Live in Ireland features songs that span Celtic Woman's career and has received widespread acclaim.

Their previous album, Voices of Angels debuted at #1 on Billboard's World Albums chart in November 2016, making it the group's 12th consecutive #1.  The album, which also debuted in the top slot of Billboard's Classical Albums chart, contains some of the most popular songs from Celtic Woman's live shows, along with several previously unrecorded tracks, all with stunning new orchestral arrangements recorded with the 72-piece Orchestra of Ireland. Celtic Woman's other 2016 release, Destiny, was nominated for a Grammy award in the category of Best World Music Album, marking the group's first-ever Grammy nomination.

In November 2018 Celtic Woman released their latest album Ancient Land, its the first brand new studio album since the Grammy-nominated Destiny in 2016. Recorded in Real World Studios in the UK in summer 2018, Ancient Land's 18 songs feature material that is all new to Celtic Woman including original compositions Follow Me, Be Still and Love & Honour (instrumental), some Irish traditional songs including Sive, Mná na hÉireann (Women of Ireland), and Moorlough Shore and some reimagined workings of contemporary songs such as Long Journey Home, Going Home and Homeland.

Ancient Land features the incredible vocal talents of Mairéad Carlin, Éabha McMahon, and introduces newest member Megan Walsh along with Tara McNeill on fiddle, accompanied by an orchestra and a full Irish band of drums and pipes, whistles, singers and dancers.

Songs from the Heart: Powerscourt House and Gardens, 2010

Home for Christmas: Live from Dublin, 2013 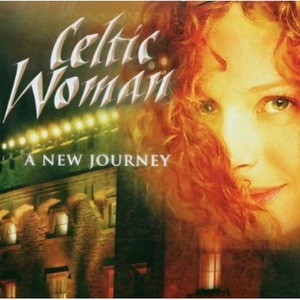 Celtic Woman's stunning new CD: A New Journey and DVD A New Journey: Live at Slane Castle, follows CW's PLATINUM certification for their self-titled debut album in 2005. These new recordings capture the great voices of CW and new member Hayley Westenra, and the inspired fiddle playing of Mairead, makes for a stirring program.