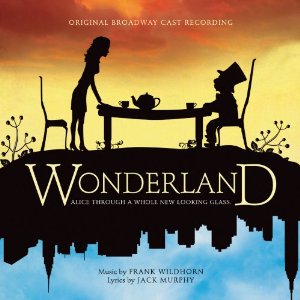 MASTERWORKS BROADWAY proudly announces the upcoming release of the Original Broadway Cast Recording of WONDERLAND, Alice Through A Whole New Looking Glass. Produced by Frank Wildhorn, David Lai and Jason Howland, and with a book by Gregory Boyd and Jack Murphy, lyrics by Jack Murphy, music by Frank Wildhorn, choreography by Marguerite Derricks and direction by Gregory Boyd, WONDERLAND is now in performances at Broadway's Marquis Theatre where it opened on April 17, 2011. "The rich history of Masterworks Broadway includes many memorable musicals from The Sound of Music to The Secret Garden that appeal to audiences of all ages, and we are delighted to add Wonderland to the list," said Alex Miller, Senior Vice President of SONY MASTERWORKS. "The songs in Wonderland are so melodic, catchy and upbeat. Frank Wildhorn imaginatively uses the widest possible palette of musical colors to bring the characters to life."

Charlie and the Chocolate Factory

The Hunchback of Notre Dame

The King And I

The Bridges of Madison County

Catch Me If You Can