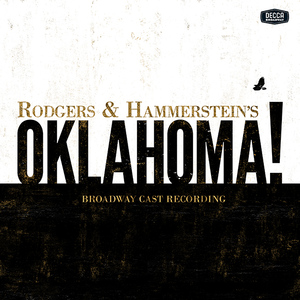 In 1943, Decca Broadway released the first-ever cast album of all time. The musical was Rodgers and Hammerstein's groundbreaking Oklahoma!. Fast forward 76 years, the newly-relaunched Decca Broadway, part of Verve Label Group, announces the release of the new cast recording for the revival of Oklahoma!

The 2019 revival of Oklahoma! is making history as the first time the Rodgers and Hammerstein estate has allowed new arrangements of the original score. The New York Times said of these new versions, "The well-known melodies have been reimagined – by the brilliant orchestrator and arranger Daniel Kluger – with the vernacular throb and straightforwardness of country and western ballads." Daniel Fish's reimagined revival of Oklahoma! officially opened April 7 at Circle in the Square Theatre. The cast is led by Rebecca Naomi Jones as Laurey and Damon Daunno as Curly and the cast album will be produced by Dean Sharenow and Daniel Kluger.

THE PROM - MUSIC FROM THE NETFLIX FILM

Charlie and the Chocolate Factory

The Hunchback of Notre Dame

The King And I

The Bridges of Madison County

Catch Me If You Can