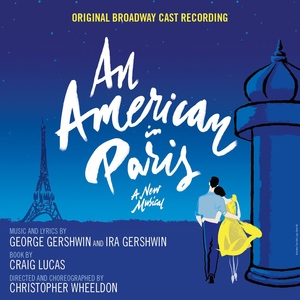 Opens on Broadway on APRIL 12, 2015 at The Palace Theatre

MASTERWORKS BROADWAY proudly announces the signing of the Original Broadway Cast Recording of An American in Paris. Produced by Rob Fisher and Scott Lehrer, the album will be recorded on April 20 in anticipation of a June 2 release.

The score of An American In Paris includes the songs "I Got Rhythm," "Liza," "'S Wonderful," "But Not For Me," "I'll Build a Stairway to Paradise," and orchestral music including "Concerto in F," "Second Prelude," "Second Rhapsody/Cuban Overture" and "An American In Paris."

An American In Paris is the romantic story of a young American soldier, a beautiful French girl and an indomitable European city, each yearning for a new beginning in the aftermath of war.