Anna Netrebko rose from cleaning lady at the famed Mariinsky Theater in St. Petersburg to the highest echelons of opera, becoming, her many admirers will say, the leading soprano of her time. Arguably, in the classical realm Netrebko is the most popular singer to have emerged from the turn of the twenty first century era. Her appearances at the Kirov Opera, the Met, Covent Garden, Salzburg Festival, and other major operatic venues, as well as concert locales like Carnegie Hall, are huge events that often provoke a euphoric sort of pandemonium of cries and cheers for her from the audience. Her recordings have had similar success, as well, from her chart-topping solo debut album Opera Arias in 2003 to her 2008 CD Souvenirs to her various opera CDs and videos. Besides possessing a beautiful, flexible voice and a commanding vocal technique, Netrebko exudes a stage presence that can truly be called charismatic. Her repertory encompasses not only Russian roles (Natasha in Prokofiev's War and Peace, Lyudmila in Glinka's Ruslan and Lyudmila, etc.), but Mozart and Gounod, as well as Italian standards by Bellini, Donizetti, Verdi, and Puccini. Her recordings are available on DG, Decca, Philips, Sony, EuroArts, and Arthaus Musik.

Anna Netrebko was born in Krasnodar, Russia, on September 18, 1971. Following graduation from the St. Petersburg Conservatory, she won the 1993 Glinka Competition in Moscow. She debuted the following year at the Kirov as Susanna in Mozart's Le nozze. From her sensational 1995 San Francisco Opera debut as Lyudmila, Netrebko was in the international spotlight. Her 2000 debut at Covent Garden as Natasha was a huge success, as was her Met debut two years later in the same role.

By 2003, when she debuted to critical acclaim at the Los Angeles Opera in the title role of Donizetti's Lucia di Lammermoor, she was widely hailed as the new Maria Callas. Her recordings became more frequent and her concerts more a scalper's delight. In addition, she was regularly appearing on television across Europe and North America, including on 60 Minutes and Good Morning America.

Stabat Mater: A Tribute to PergolesiNetrebko became an Austrian citizen in 2006 and in 2008 became engaged to operatic baritone Erwin Schrott. Netrebko gave birth to a son in September that year, but returned to the stage in January 2009 at the Mariinsky Theater to sing Lucia. She reprised the role at the Met later that month and in February, appearing with Rolando Villazón. The 2011 release Stabat Mater saw her expanding her repertoire into the Baroque peiod with the music of Pergolesi.

Yusif Eyvazov grew up in Baku, Azerbaijan and received his musical education at the Baku Academy of Music. In 1997, he moved to Italy and continued his studies there.

The asian-australian tour alongside Anna Netrebko will take place in autumn 2017.

In the 2015/16 season, Yusif Eyvazov made a series of important debuts at the world-renowned opera houses. He stared as Canio in Los Angeles Opera's production of I Pagliacci conducted by Plácido Domingo, made his first appearances at the Metropolitan Opera and the Wiener Staatsoper singing Calaf in Turandot, and debuts at both the Paris Opera and at the Staatsoper Berlin as Manrico in Il Trovatore. His Salzburg Festival debut took place in the summer of 2016, as Des Grieux in Manon Lescaut. On the concert stage he sang in Parma under the baton of Marco Boemi with a programme featuring works by Verdi and Puccini, in concert with Riccardo Muti in December, and undertook a major concert tour throughout Asia alongside Anna Netrebko, in the spring of 2016.

In the 2014/15 season Yusif Eyvazov performed Turiddu in Cavalleria rusticana at the Teatro Filarmonico for the Verona Opera Festival and Radames in Aida with the Teatro dell'Opera di Roma. Mr. Eyvazov sang Verdi's Requiem at the Auditorium di Milano with the LaVerdi Symphony Orchestra and also a recital at the Palau de la Música Catalana in Barcelona alongside Anna Netrebko, conducted by Massimo Zanetti.

Yusif Eyvazov's other recent performances include Turiddu in Cavalleria Rusticana with the Symphony Orchestra LaVerdi in Milan, Radamès in Aida for Opera Fiesole, Cavaradossi in Tosca at the Bolshoi Theatre in Moscow, the title role of Verdi's Otello for the Ravenna Music Festival, Manon Lescaut (Des Grieux) alongside Anna Netrebko at the Teatro dell' Opera in Rome under the baton of Riccardo Muti, and Canio in I Pagliacci at Teatro Petruzzelli in Bari, Italy under the baton of Paolo Carignani.

He lives in Vienna with his wife Anna Netrebko and her son Tiago.

On March 9, 2017, by the decree of the President of Azerbaijan I. Aliyev Yusif Eyvazov was awarded the title of "Honored Artist of the Republic of Azerbaijan". 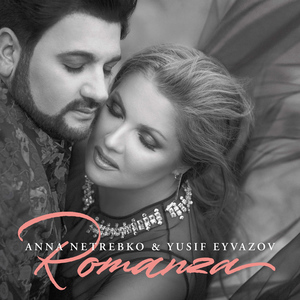 Star soprano Anna Netrebko and her husband, tenor Yusif Eyvazov, are releasing a new duet album of love songs, Romanza, on September 1, 2017. Eighteen original romantic love songs were written and composed specially for the couple by Russian producer Igor Krutoy.  Romanza is not only Anna Netrebko's first duet album with husband Yusif, but also her first foray out of the realm of traditional core repertoire. Producer Igor Krutoy wrote all 18 album tracks with Anna and Yusif in mind. Many years of working together closely and a one of a kind friendship that stems from his collaboration with Anna and Yusif allowed Igor to write love songs that not only perfectly match their voices, but also are an homage to love in general.