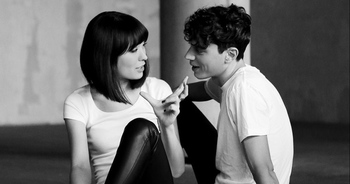 Alice Sarah Ott  "The soloist, replacing Lang Lang at short notice, was Alice Sara Ott, who gave the kind of gawp-inducing bravura performance of which legends are made." – Tim Ashley, The Guardian

In less than five years, the twenty-five year old German-Japanese pianist Alice Sara Ott has gained critical acclaim for her performances at major concert halls worldwide and has established herself as one of the most exciting musical talents of today.

Recent concerts have seen Alice perform with the Münchner Philharmoniker in Munich and the NHK Symphony Orchestra in Tokyo, both under Lorin Maazel, and a very successful European tour with the Czech Philharmonic Orchestra under Krzysztof Urbanski. In recital, she had great success with her recitals in London's International Piano Series, Chicago Symphony Center, New York's Le Poisson Rouge, Hamburg's Laeiszhalle and Berlin's Kammermusiksaal.

Alice has recorded exclusively for Deutsche Grammophon since 2008, with her highly successful debut recording of Liszt's 12 Études d'exécution transcendante quickly followed by a second album of Chopin's complete waltzes, entering both the German and US Classical iTunes charts at No.1. Alice's debut concerto album, with works by Tchaikovsky and Liszt (with the Münchner Philharmoniker and Thomas Hengelbrock) was named Editor's Choice in both International Piano and Classic FM magazines. Alice was also awarded the prize for Young Artist of the Year at the Echo Klassik Awards for her Chopin recording in October 2010. Her performance of Mussorgsky's Pictures from an Exhibition at the Mariinsky Theatre, was recorded live in July 2012 during the White Nights Festival in St Petersburg and was released in January 2013. Upcoming recording projects include a two piano programme based on Russian ballet with Francesco Tristano in autumn 2013, and which will be on worldwide tour in 2014/15 season.

Francesco Tristano A young musician and composer causing a stir on the club scene as well as in classical concert venues is probably a world-first. It may also be the first time that purists from the classical and techno camps actually agree on something – That they don't know quite what to make of this young musician who refuses to stick to the rules. For Francesco Tristano this kind of reaction is nothing new. Experienced concert audiences and classical music lovers may feel equally baffled when they hear a pianist blend and mix his own composition – just like a DJ – into a piece by baroque composer Girolamo Frescobaldi…

The intrepidness with Francesco Tristano combines eras and styles, occasionally allowing them to collide, may initially create a baffled response. However, Luxembourg-born Tristano has no aspirations as an agitator. Almost everything he does is an expression of an open-minded attitude which refuses to accept borders and constrictions. Tristano knows all about the interpretational conventions that have shaped generations of classical pianists – and he has chosen to ignore them. He does not seek approval as an artist and when his dynamic performance emotively basks in the intrinsic severity of Old music – that's when he's truly radical.

Tristano, born in 1981, discovered the piano at the age of five. Aged 13, he played his first concert, presenting his own compositions. He later toured both as a soloist and with renowned orchestras, such as the Russian National Orchestra, the Deutsches Symphonie-Orchester Berlin, and the Hanoi Philharmonic Orchestra among others. Tristano founded his chamber ensemble, The New Bach Players which he also conducts. This ensemble consciously breaks with conventions, using a modern grand piano and old, vibratoless bows on contemporary string instruments.

Tristano visited New York's Juilliard School during five years. The city of New York opened his ears to electronic and club music. to complete Bach legend Rosalyn Tureck's master class. In 2004, he won the first prize at the International piano competition for contemporary music in Orléans, France. Tristano has released twelve albums, among them recordings of Bach Goldberg Variations and complete keyboard concertos, Luciano Berio complete piano works, and Girolamo Frescobaldi Toccatas. ‘Not for Piano' (inFine, 2007), presented his own compositions as well as versions of techno classics at the piano. ‘Idiosynkrasia' (inFine, 2010), recorded at Carl Craig's Planet E-communications in Detroit, was released to critical acclaim in 2010. Tristano is a Deutsche Grammophon artist and is about to release his third album on that label. His ‘bachCage', produced by Moritz von Oswald, was released on DGG in 2011. His collaborative tracks and remixes have been released on labels such as Innervisions, CLR, Visionquest, PIAS and Inflyte.